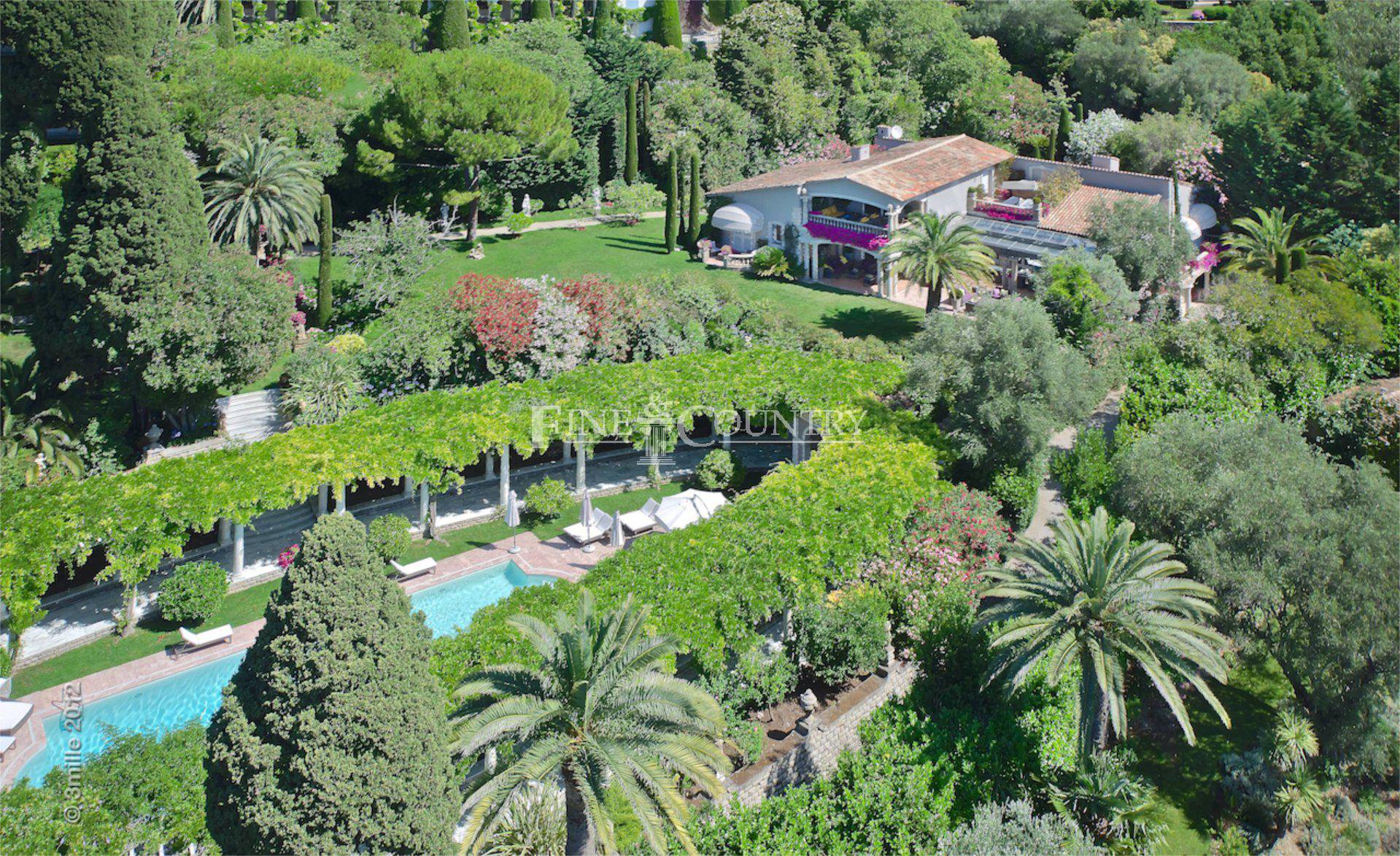 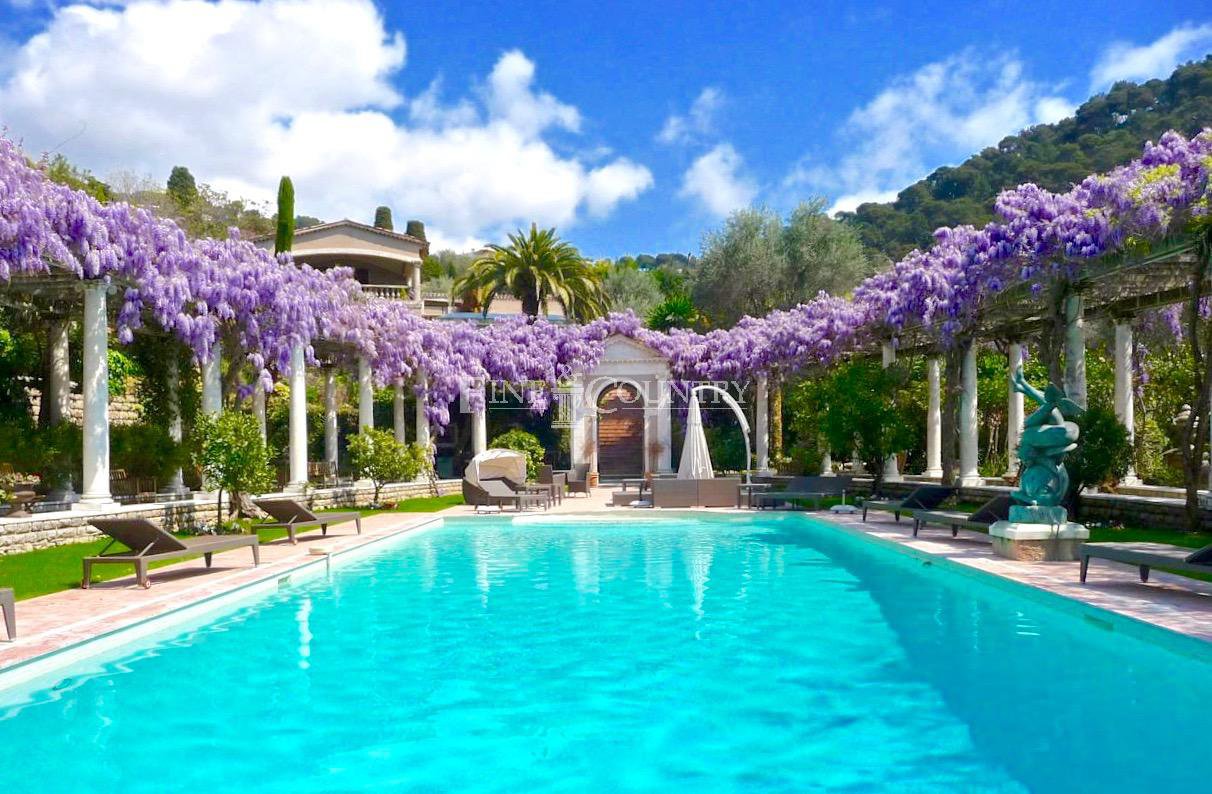 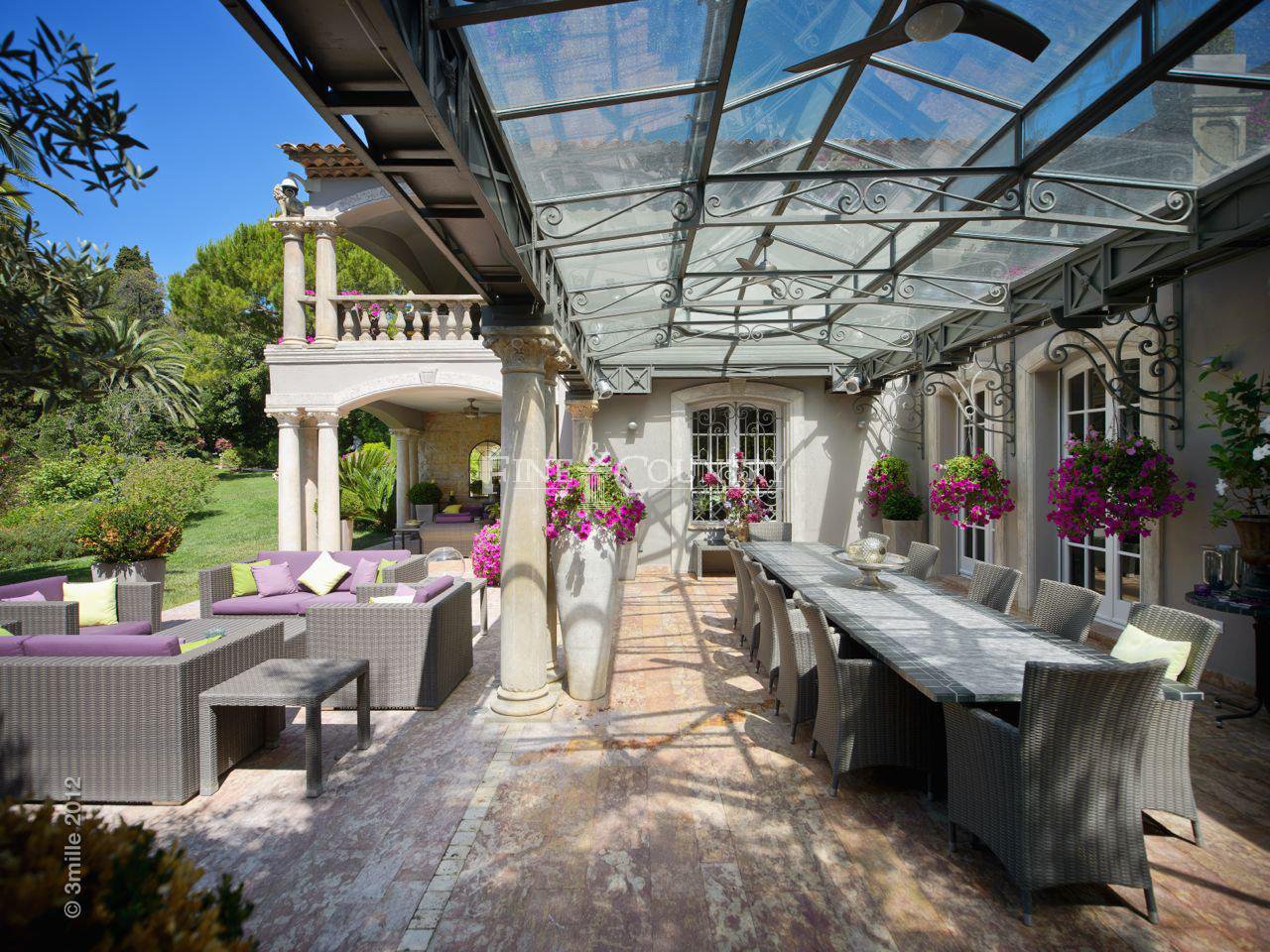 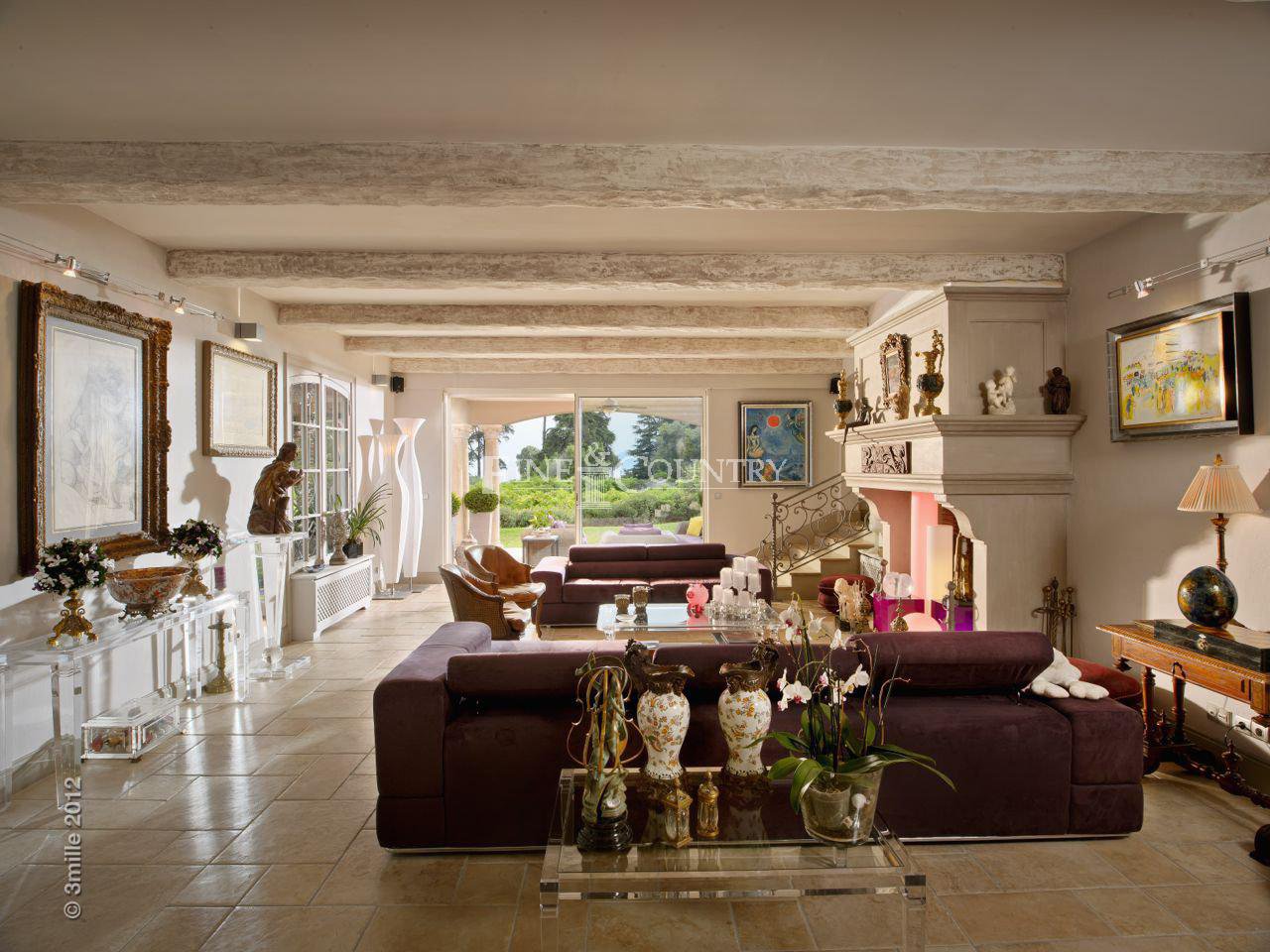 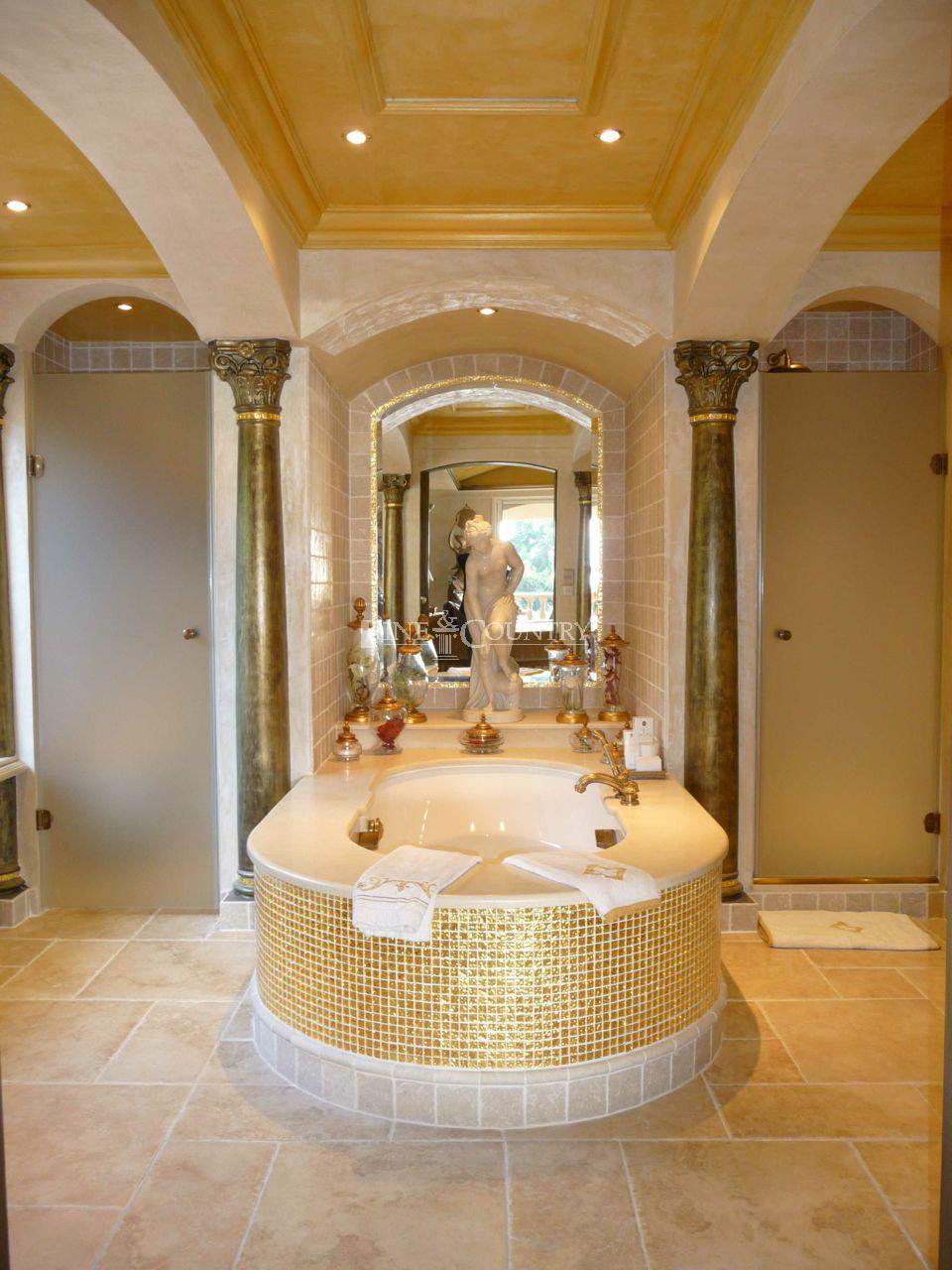 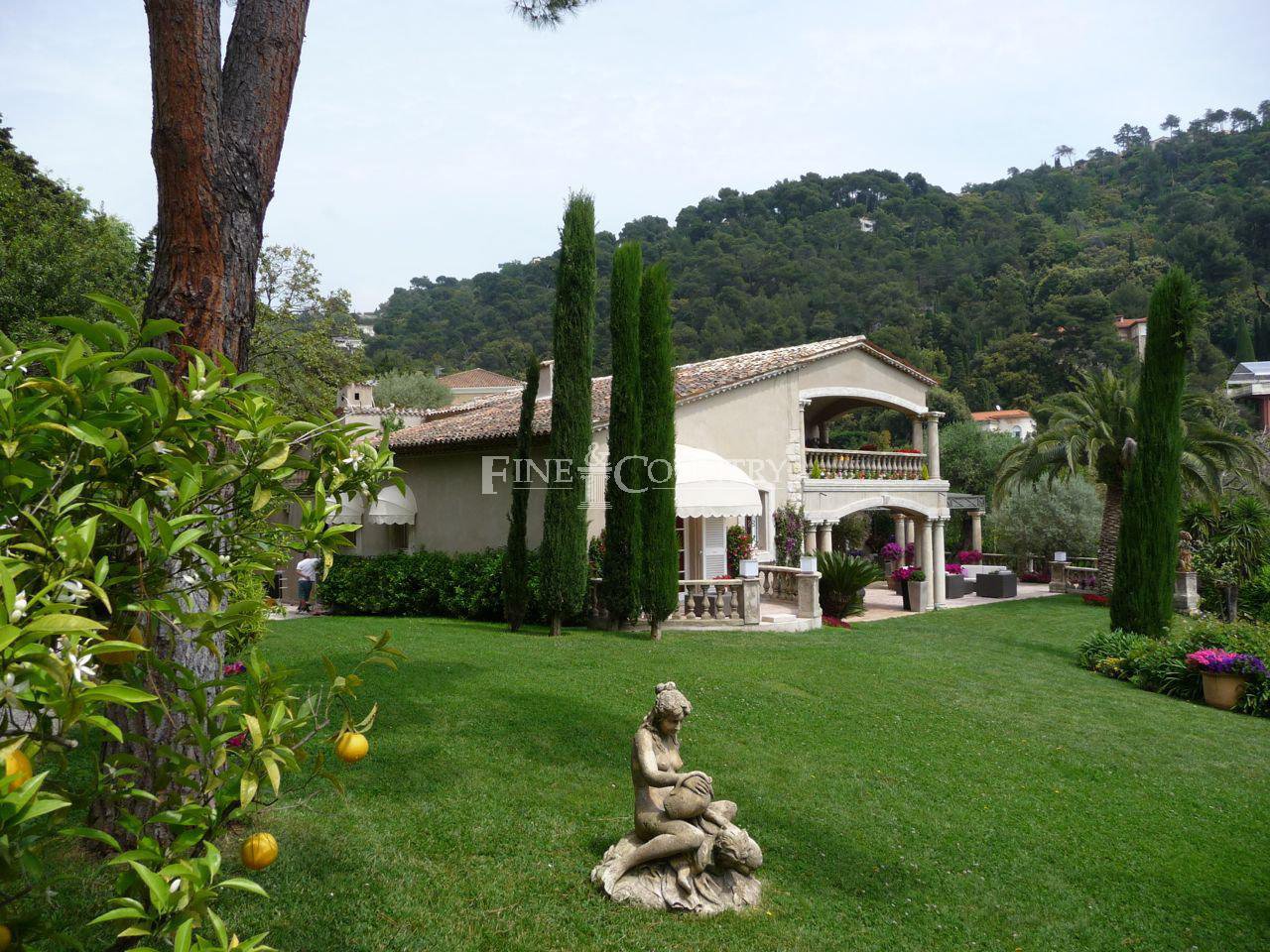 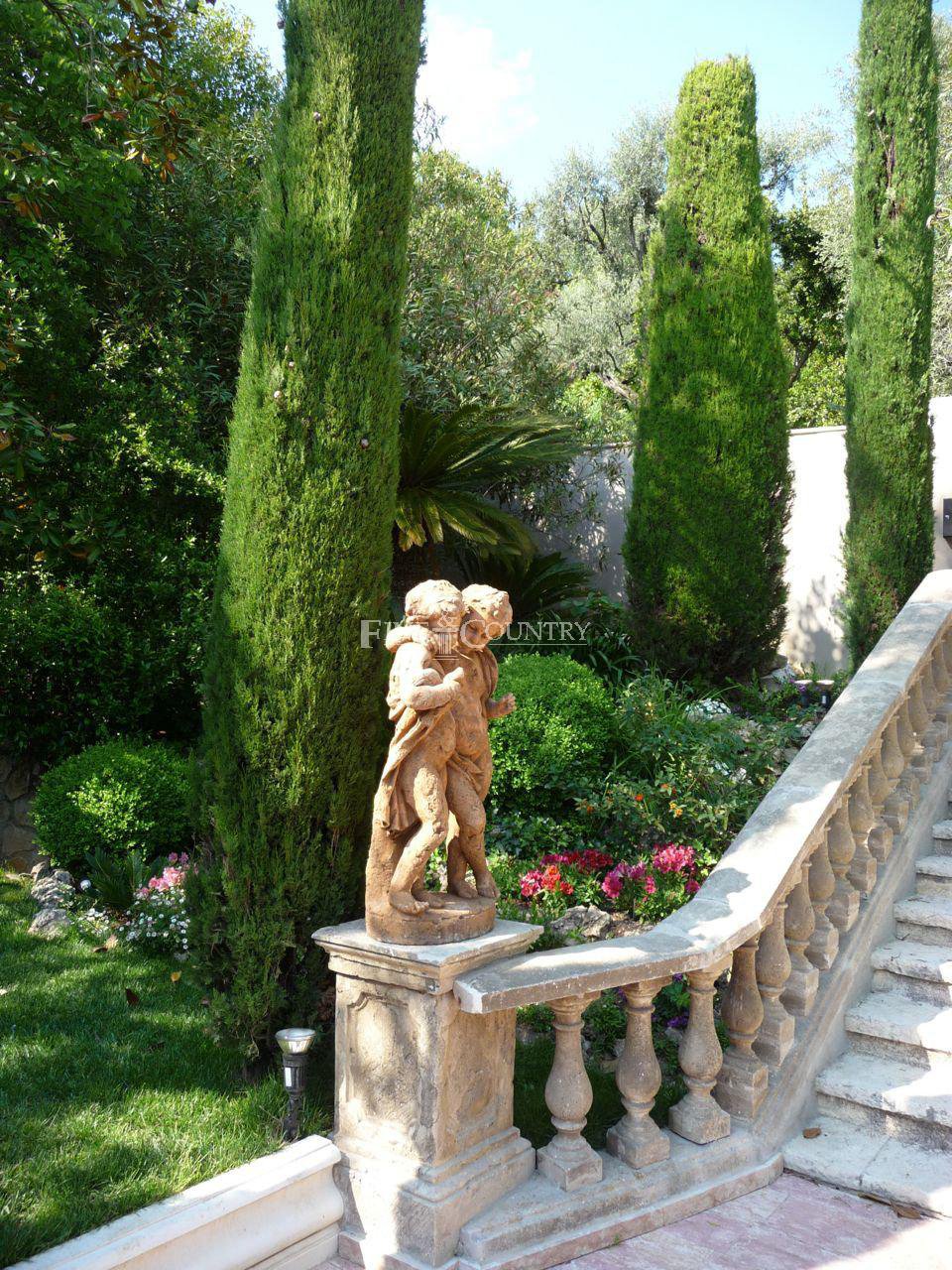 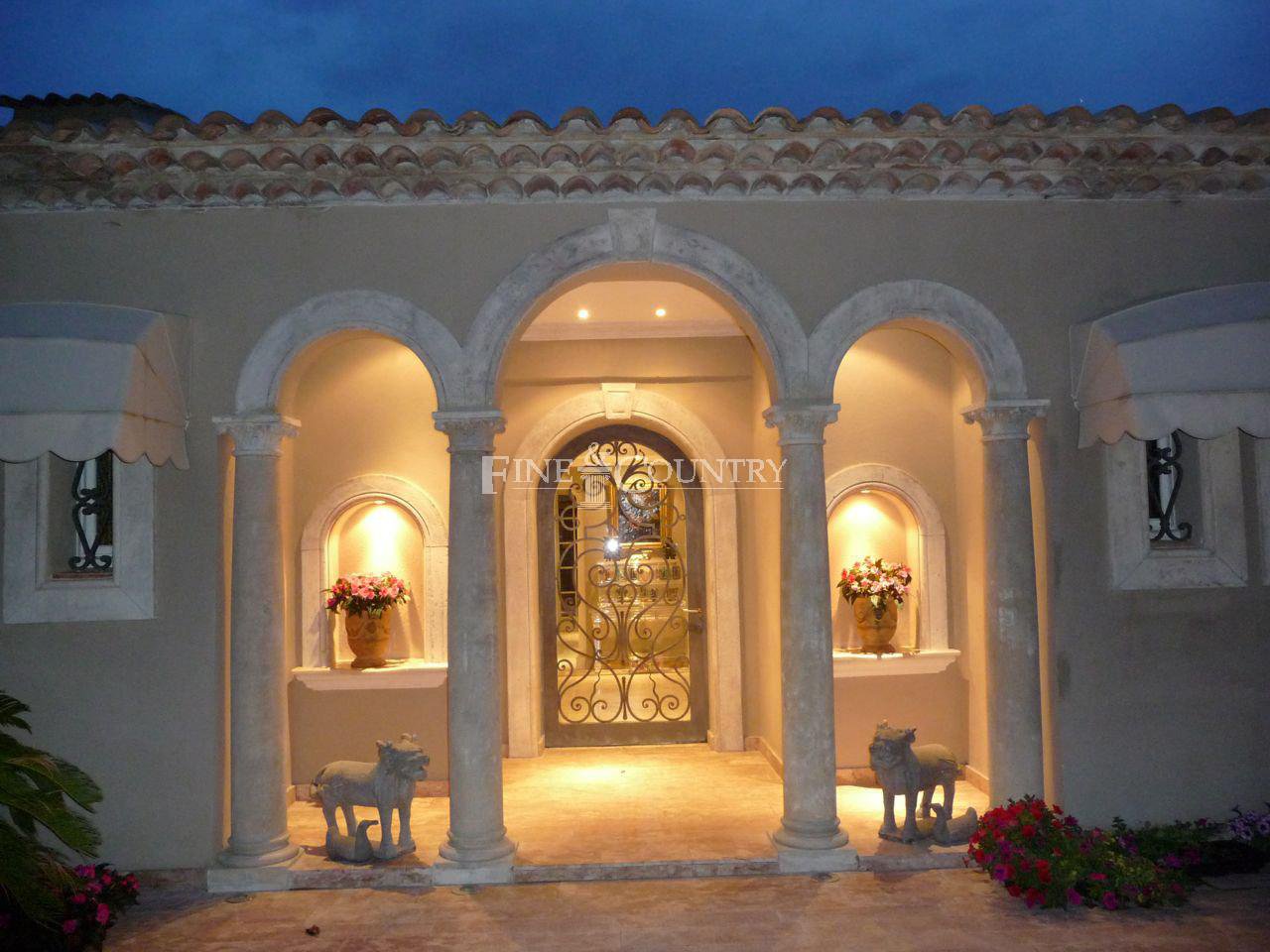 Ref. 072017-004 - REF: 072017-004. Gorgeous property situated in one of only 2 private Domaines in Cannes, this magnificent villa is a short 5 minutes from La Croisette and the centre of Cannes, however the surrounding 5700m2 of lush private parkland afford the owners total privacy and tranquility within a stone's throw of the seaside hotspot. A haven of peace with an irresistible sense of grandeur, 52 Carrara marble columns, imported from Russia around 1910, create an ovular portico entwined with lush Wisteria, and which gives the swimming pool total privacy and makes for a superb entertaining space with views from the adjacant hills of Super Cannes to the sea below. The home itself is beautifully proportioned with 4 spacious bedroom suites in the main house, each opening out onto a private terrace, plus an exceptional master suite with sea views, 2 terraces, an outdoor jacuzzi, and his and hers bathrooms and dressing rooms. Renovated over a period of 3 years, this splendid villa has been delicately restored to its' former glory, in keeping with its' rich history, while meeting the needs and expectations of a modern lifestlye, including a discoteque, cinema, top of the range security, heated swimming pool and fully equipped modern kitchen. A truly spectacular property and a rare find on the market today. <br> <br>

LA CALIFORNIE, CANNES: La Californie, one of the most exclusive neighbourhoods in Cannes, shares many characteristics with its namesake across the Atlantic: the climate, upscale residential property, luxury villas and apartments, and residents and visitors from all over the world. Situated on the eastern side of Cannes, perched within a screen of greenery and enjoying close proximity to the sea, La Californie is a hide-away of places with names borrowed from history, such as, Villa Fiesole, La Rsidence du Chteau de Thorenc, La Villa Fiorentina, Le Chteau Louis XIII, La Villa Rothschild, and La Villa St Prieste. La Californie is also known as la colline des milliardaires or the hill of billionaires. It is home to large estates and boasts splendid and panoramic views from the snowy Alps in the east, to the red Esterel Mountains in the west, with Nice clearly visible in the distance, and the Cap dAntibes, Juan les Pins and Cannes just below. The Isles de Lrins lie just off-shore; St Honorat with the oldest working monastery in Europe and St Marguerite home to the fort in which the Man with the Iron Mask was imprisoned for 14 years. The views are simply breathtaking and obviously the prices of property in La Californie are at prestige levels, similar to those on La Croisette. If you already know that you want to live in La Californie, you might also know you want to live in the Avenue Roi Albert. It is the address in La Californie, and some would say in all of Cannes. But there is competition for that claim to fame so suffice to say that some of the most historic buildings and some of the most beautiful properties in Cannes built there by the Russians, the Americans and the English, are still there today. Victoria and Albert enjoyed their holidays there, Edward and Wallis Simpson, the Rothschilds, and the Russian aristocracy all lived, holidayed and socialised there, and most importantly, recent additions to the architecture in La Californie have respected the tradition and the quality of their forebears. World class property!

Use the following form to view an estimate of your monthly payments and total cost of this property’s purchase.

By clicking on "I agree", you authorize the use of cookies to ensure you get the best experience on this website.